Jacquemus – early life, career and his brilliance in creating fashion

Fashion designer Jacquemus is the man we fell in love with many years ago. Collection after collection, the power house keeps surprising with his designs, balancing on the edge of being conceptual and commercial. Everything this man touches turns into gold. Find out more about his early life and career below.
Cover photo: © Net-a-porter.com

Simon Porte Jacquemus (1990) was born and raised in a small town near Marseille. His parents were farmers and he spent his entire youth at the farm, selling fruits and vegetables on the local market together with his grandparents. At this marketplace his obsession with Paris originated. He learned to recognize Parisian people by their license plate and became truly obsessed when someone told him: “If you make it in Paris, you can make it anywhere”. And so it happened.

As soon as he finished school, fashion designer Jacquemus moved to Paris to fulfill his dreams and start a career – one in cinema. He had always been interested in telling stories, mainly about women. He is obsessed with women and isn’t afraid to tell. Another striking obsession of his is a profound love for uniforms. At a younger age, Jacquemus wanted to become a priest, since he fell in love with the uniform – not because of the love for God.

The start of Jacquemus the label

When going to fashion school in Paris, he couldn’t find his way. Other pupils missed passion and teachers told him not to be so pretentious. After a few months, Jacquemus’ mother passed away. It made him realize life can be over in a split-second. As a result he dropped out of school and started his own label at age nineteen. He named it after his mother’s maiden name: Jacquemus. To fund his business, the young designer worked at the Comme des Garcons boutique in Paris. Without premeditation it was a great move, since Rei Kawakubo later became an important supporter of his designs and brand. The minimalistic look of the brand was born out of necessity as has developed to a more outspoken version over the years. At the start, he simply didn’t have the means to make bold clothes.

Recommended: How Amina Mouaddi got embraced by every taste-maker

According to the designer himself, the first and second collections were strong, but not as strong as the third one, all made form wool. Rei Kawakubo thought so as well, when she saw his collection in a showroom in Tokyo. Shortly after they met in Paris, when Jacquemus started working at their store as their “sales assistant with the highest motivation”. Previously Kawakubo and her husband Adrian Joffe didn’t want to hire him because of his talent. He insisted anyways and got the job. As soon as Joffe started buying Jacquemus’ collections and sold them in London, his big breakthrough was a fact.

Recommended: These are the hottest Korean fashion brands of the moment

In 2019 Jacquemus announced to slow down his cycles. “A year ago we decided to slow down our cycle by showing womenswear and menswear together in January and June. This allows us to reduce the number of shows, mutualize fabrics for menswear and womenswear and slower the pace for my team and partners.” Jacquemus was one of the first designers to make this bold decision. In 2020, though, other designer houses were forced to do so as well, due to the pandemic. Among others, Gucci, Pyer Moss, Michael Kors, Armani, Dior, Marc Jacobs and Saint Laurent decided to skip the fast pace dictated by the fashion calendar as well.

Since young age, Jacquemus hasn’t been afraid for the camera. He loves to capture his life and to share it. When he was 13, he even had a blog on which he told stories about himself. And he still does; every collection tells a personal story or is based on inspiration drawn from his personal life.

For example, his ‘LA’MOUR’ SS21 collection was all about love and the absence of love during 2020’s lockdown. “As an idea for this collection, L’Amour began as something different. I imagined people gathered together celebrating love. […] But what’s so beautiful about L’Amour is how it can endure—sometimes even grow stronger—in the absence of people being together. Not long after my team was separated from each other, we were all in our homes feeling the desire to work, and a new vision of the collection emerged. We became a human chain, every step of the creative process executed with love. In fact, every decision I make concerning Jacquemus is motivated first by love and common sense. […] With this smaller collection, presented mainly to our family and friends, we bring our interior worlds out into the open, interpreting the humble fabrics and objects we live with that have their own poems to tell. Within the home, L’Amour reveals itself in small wonders. Separate but collectively, we realized that the home is a place of endless inspiration. […] For me, it is important for people to see that a true celebration of L’Amour is universal.“

Both the celebration of love as well as the appeal of Jacquemus’ designs seem to be universal. For more than eleven years everything he touches has turned into gold. 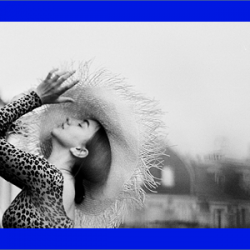 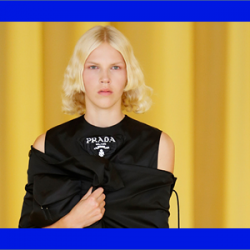 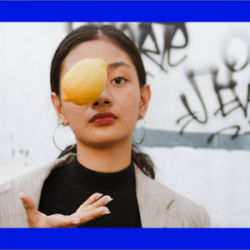 Sustainable capsule collections: what is their true impact?
on 6 October 202022 August 2020 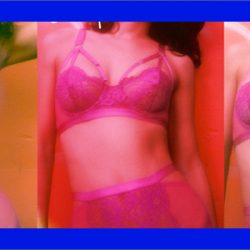 previous post
Lonely Lingerie: a brand that strives for body acceptance across women
next post
Tara Zadeh designer bags – both refreshing and enviable 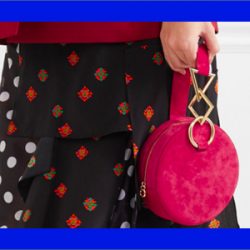